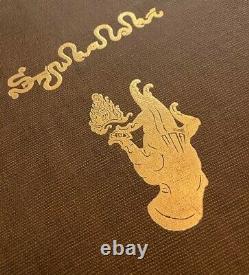 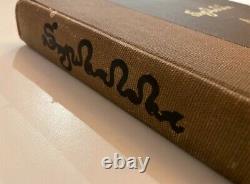 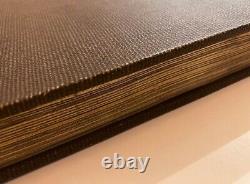 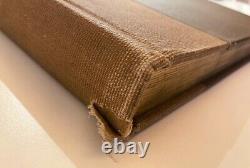 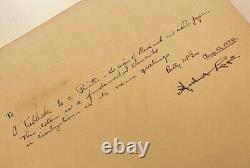 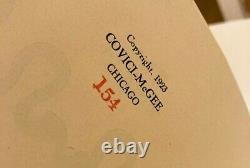 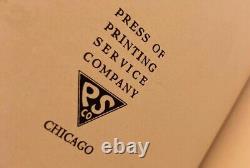 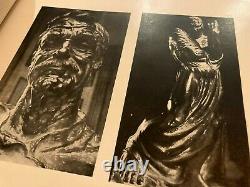 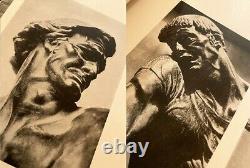 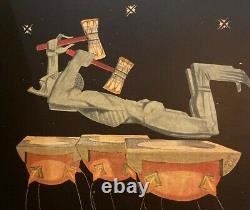 Like many people, after watching the Netflix documentary about Stanislaw Szukalski - I was blown away by both the story and the genius of Szukalski. If you wish to ask me anything about the book, please do so. I'm based in the UK.

The history of'The Work of Szukalski'. OK, so this thing is RARE, according to the documentary and Glenn Bray, there were no more than 1000 copies of the book ever made. The book was published by a company called Covici-McGee, based in Chicago; formed by Pascal'Pat' Covici and William'Billy' McGee in 1922.

This book is almost 100 years old. Covici-McGee's first title published was Ben Hecht's 1001 Afternoons In Chicago. Covici-McGee was short-lived running from 1922 - 1924. McGee left the company due to health issues in 1924 and Covici continued to publish under Pascal Covici, Inc. The book is Illustrated with Black and White and 14 colour plates of Szukalski's artwork. Duotone cloth stamped in gilt on the front, lettered on spine in black, and all pages are gilt edged. The book is marked up as being number 154 in the short print run. Adding to the rarity of the book itself, there is some writing at the beginning from Billy McGee himself to a'printers', one can only assume a printers that they used to print the very books they published. From what I can make out it says the following.. A Publisher to a Printer - the sign of black ink and white paper. This totem is a fundamental element in civilization - in its name greetings. There is a slight tear to the spine, about 3/4 of an inch - however all of the fibres are intact, and so can be easily restored by a specialist book binder. This item is in the category "Books, Comics & Magazines\Antiquarian & Collectable". The seller is "phatvinni" and is located in this country: GB.

This item can be shipped to United Kingdom, European Union.