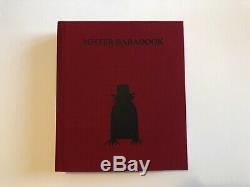 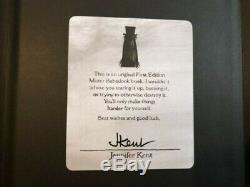 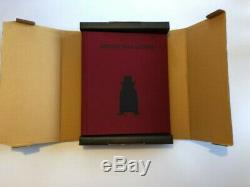 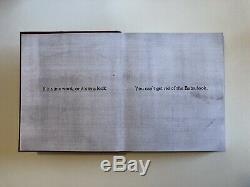 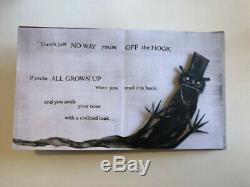 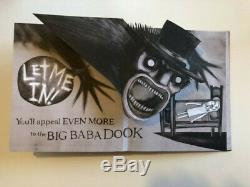 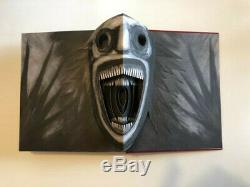 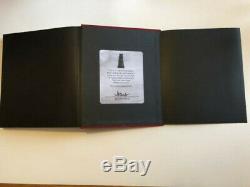 First edition, signed by Jennifer Kent at the rear. Bound in publisher's red cloth, with titles and Babadook silhouette stamped in black. As new condition, with all pop-ups and mechanicals intact. The Babadook is 2014 Australian horror film directed Jennifer Kent, in which a monster comes to life when a single mother reads about him to her son from a large pop-up book. As the film went on to achieve cult status, Kent and the book's designer, Alex Juhasz, sought to make the book central to the film's plot a reality.

Their efforts were crowd-funded, and 6,000 copies were printed (the first 2,000 were numbered, this one is from the latter 4,000). The film also became associated with the LGBTQ community when a Tumblr user's joke about the Babadook being openly gay went viral. The association was further cemented when another Tumblr user posted a likely-doctored Nextflix screenshot showing its genre as LGBT.

Though there are no overt references to LGBT culture in the film, many fans have offered theories and interpretations that support the theory. The item "The Babadook Pop-Up Book First Edition Signed by Director Jennifer Kent New" is in sale since Sunday, November 24, 2019.

This item is in the category "DVDs, Films & TV\Film Memorabilia\Props\Reproduction". The seller is "mr_duck" and is located in Rugby. This item can be shipped to United Kingdom.