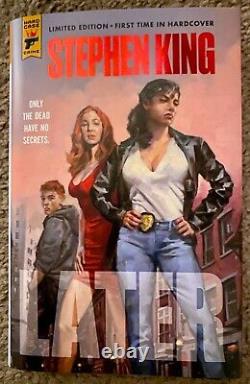 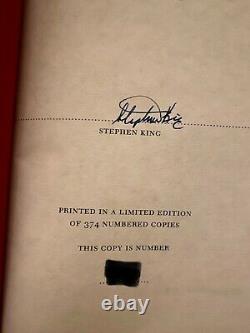 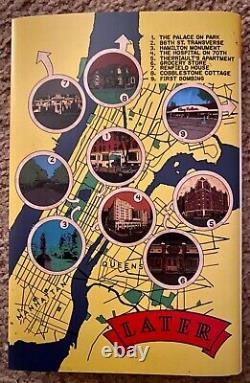 This book features two exclusive covers painted by acclaimed artist Gregory Manchess, each on its own separate dustjacket. These covers are variants to the standard trade paperback edition. The bonus jacket is a mock-up cover of The Secret of Roanoke by Regis Thomas, a fictitious novel that features prominently in the plot of Later. Each edition also includes eight original exclusive illustrations by artist Rob Gale.

On the back cover there is an exclusive map created especially for this Limited Edition in the classic mapback art style by artist Robert Hack. SYNOPSISSOMETIMES GROWING UPMEANS FACING YOUR DEMONSThe son of a struggling single mother, Jamie Conklin just wants an ordinary childhood.

But the cost of using this ability is higher than Jamie can imagine as he discovers when an NYPD detective draws him into the pursuit of a killer who has threatened to strike from beyond the grave. LATER is Stephen King at his finest, a terrifying and touching story of innocence lost and the trials that test our sense of right and wrong. With echoes of Kings classic novel It, LATER is a powerful, haunting, unforgettable exploration of what it takes to stand up to evil in all the faces it wears.

BINDING: 5 ½ x 8 ½ HB Threadswen. DUSTJACKET: Variant from TPB edition, plus featuring bonus dust jacket wrapped underneath so fans can switch if they want. Bonus jacket is mock-up cover of The Secret of Roanoke by Regis Thomas, a novel that features in Later. Both HB dustjacket paintings by Gregory Manchess. TRAYCASE SPECIFICATION: Black, with a single hit of gold foil on the front with HCC logo, and a ribbon. TIP-IN SHEET: YES 90gsm Parch March Bright white, no image. SIGNED: YES Signed tip-in sheet by Stephen King (Numbered). NUMBERED: Numbered edition X out of 374 number is not listed for privacy reasons. LIMITED TO: 374 signed and numbered. The item "Stephen King LATER Signed Autographed Limited Edition RARE Numbered /374 Book" is in sale since Saturday, April 24, 2021. This item is in the category "Books\Antiquarian & Collectible".