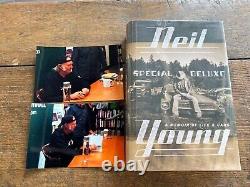 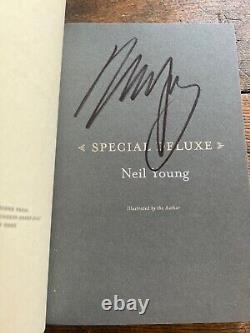 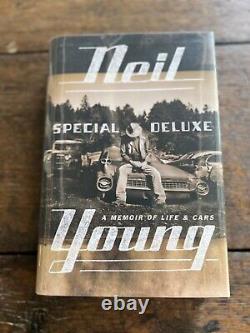 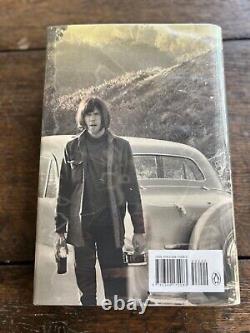 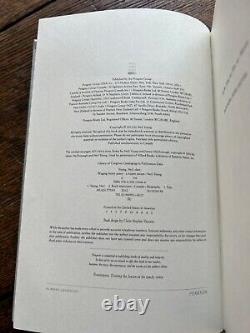 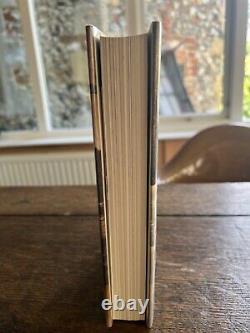 This is a FIRST EDITION/FIRST PRINTING. The book is signed by Neil Young in black sharpie on the title page. The book was signed at the Barnes & Noble in New York on October 14, 2014. I have owned the book from new and it has only been opened to photograph for sale. It has been protected in a cellophane cover ans acid free papaer from new so is in fine/mint condition. Follow-up to Waging Heavy Peace that reads like a great Neil Young song plays. (The Buffalo News) In this acclaimed new memoir, New York Times bestselling author Neil Young has fashioned another extraordinary work of reminiscences told through the lens of one of his deepest passions: cars. A lifelong devotee and collector, Young explores his love for the well-crafted vintage automobile and examines his newfound awareness of his hobby's negative environmental impact. Witty, eclectic, candid, and filled with Young's original artwork, Special Deluxe will appeal to car lovers as well as the legions devoted to one of the most genuine and enigmatic artists of our time.

NEIL YOUNG's music and songwriting-which span forty years and thirty-four studio albums of rock and roll, folk, and country, with shadings of blues, techno, and other styles-are among the most enduring and popular in modern times. From his early days with Buffalo Springfield through his solo career and collaborations with Crosby, Stills & Nash, Crazy Horse, and dozens of other notable musicians and groups, Young is acclaimed for both his musical talents and his artistic integrity. With a major hit in every decade since the sixties, he was inducted into the Rock and Roll Hall of Fame twice. A well-known political activist, environmentalist, and philanthropist, Young has been involved in several causes, notably cofounding Farm Aid and the Bridge School, which assists children with physical impairments and communication needs. This item is in the category "Books, Comics & Magazines\Books".