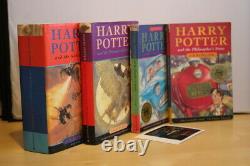 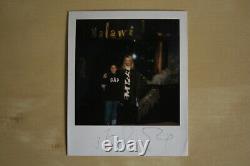 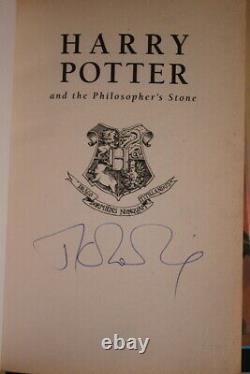 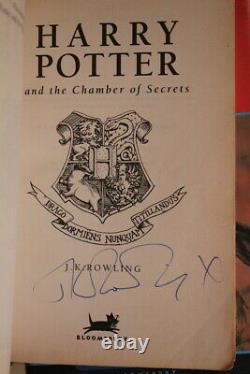 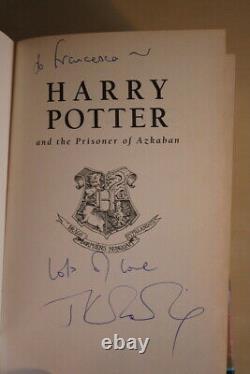 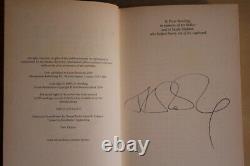 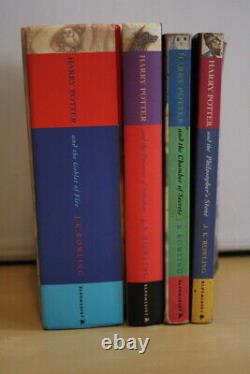 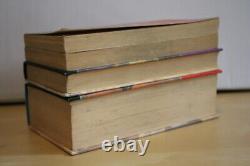 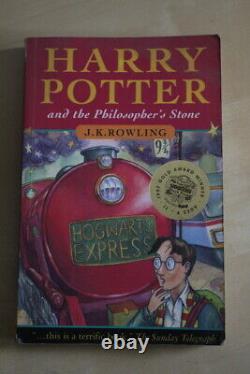 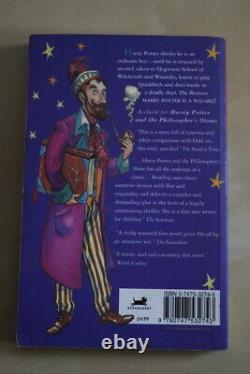 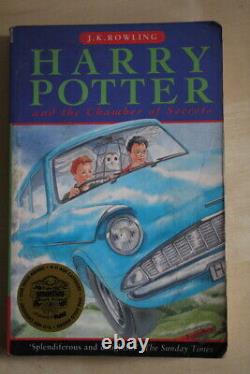 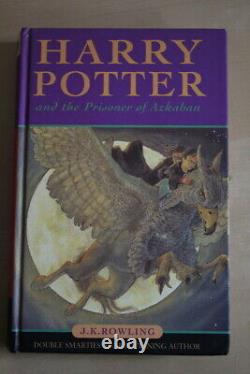 All four books are signed by the author with an original signed polaroid photograph. Harry Potter and the Philosophers Stone. UK paperback first edition 23rd print , published by Bloomsbury.

Signed by Rowling on the title page. Harry Potter and the Chamber of Secrets. UK paperback first edition, first print , published by Bloomsbury.

Harry Potter and the Prisoner of Azkaban. UK hardback first edition, seventh print , published by Bloomsbury. Signed and inscribed by Rowling on the title page. To Francesca lots of love [signature]. Harry Potter and the Goblet of Fire. UK hardback first edition, first print (printed by Omnia) , published by Bloomsbury. Signed by Rowling on the dedication page. The first print run of Goblet of Fire consisted of 750,000 copies Errington: 251. Only a fraction (an estimated 100,000 copies) were printed by Omnia for the Sottish market. The remaining copies were all printed by Clays for the rest of the UK. This is the rarer Omnia version.

Provenance : Only one previous owner, a young woman from Scotland who as a child met the author twice. The first event was the Edinburrgh Literature Fesival in August 1999 when the author signed and inscribed Azkaban and also signed one more book as this was the limit at the festival.

Two more books were signed at the Deep Sea World in Fife, Scotland, in the year 2000. Rowling was visiting the sealife centre with her own daughter outside public hours. At the time a relative of the child worked there and alerted the young woman of the fact.

When leaving the premises Rowling was approached by the young fan and asked whether the author would be willing to sign books for her. The author agreed and at that occasion the polaroid was taken which Rowling also signed. The provenance is rock solid and all signatures genuine. It is very unusual to find ephemera like the signed polaroid. All books have been read and show signs of readership, some thumb soiling in addition to the usual traces of natural ageing/ toning of the paper.

Philosopher has a light opening crease on the spine and light edgewear: very good condition overall. Chamber of Secrets shows more edge wear, creases to the front panel, and also features the previous owners name penned on the top of the half title, and al long gift inscription from the childhood friend: acceptable to good only. Azkaban is in very good condition with three smudges on the top page block. Goblet of Fire is very good with usual spine tips lighly pushed and one page (48-49) was over-opened leading to a crack of the cheap glue binding. This is not a set for collectors for whom condition is the primary criterium.

It is a set with absolutely rock solid provenance and a nice history behind it. The original polaroid is something unique and special indeed cementing the provenance.

Rowling and Harry Potter need no further introduction. Perhaps Rowlings most important credit is that with the captivating story of a young wizard boy named Harry Potter she made reading cool again for an entire generation of kids who were growing up around competing electronic media entertainment. A highly coveted set of books. Rowling, Harry Potter books, all signed first edition with provenance" is in sale since Saturday, October 30, 2021.

This item is in the category "Books, Comics & Magazines\Antiquarian & Collectable". The seller is "firstandfine" and is located in Birmingham. This item can be shipped to all countries in Europe, all countries in continental Asia, United States, Canada, New Zealand.