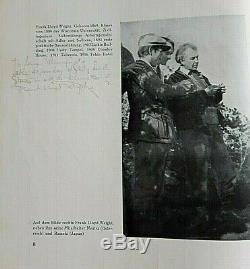 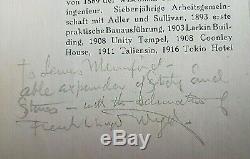 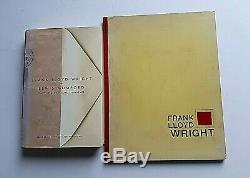 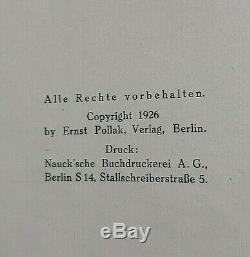 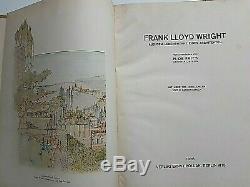 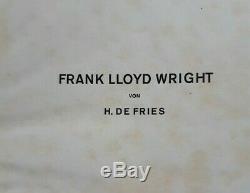 Presentation copy to Lewis Mumford, signed and isncribed in pencil by Wright on p. 8, To Lewis Mumford-able expounder of Sticks and Stones-with the admiration of Frank Lloyd Wright. Lewis Mumford (October 19, 1895 January 26, 1990) was an American historian, sociologist, philosopher of technology, and litary critic. Particularly noted for his study of cities and urban architecture, he had a broad career as a writer.

He was agood friend and confidont of Wright. Red cloth spine and yellow printed boards, lettered in black. Boards moderately worn, , text lightly toned, occasionally foxed. This Text is one of the first monographs on Wright, with articles by de Fries, Wright, and others, all in German, plus a short bibliography of European publications about Wright. The illustrations consist of work completed prior to Wright's departure for Europe in 1909, and his later buildings and projects in Japan and California... (including) construction photographs of the four California concrete block houses - Sweeney. The item "FRANK LLOYD WRIGHT SIGNED IST EDITION BOOK DATED 1926 TO FRIEND LEWIS MUMFORD" is in sale since Sunday, November 17, 2019.

This item is in the category "Collectibles\Autographs\Historical". The seller is "rachelejulian" and is located in Tinley Park, Illinois.