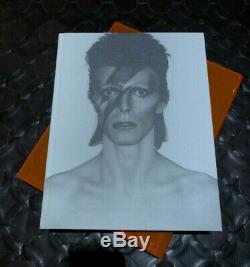 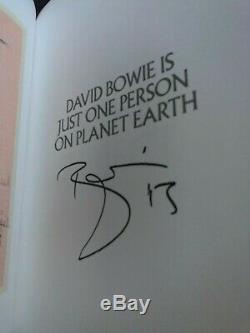 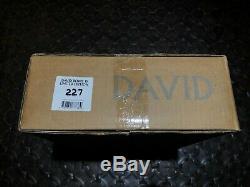 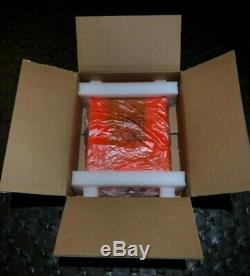 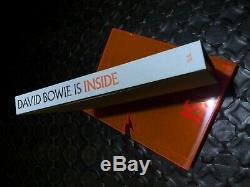 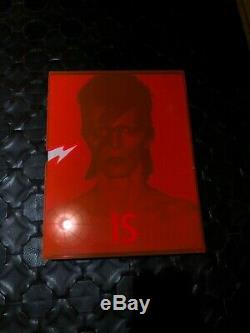 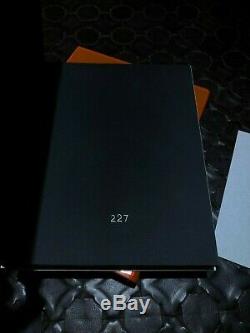 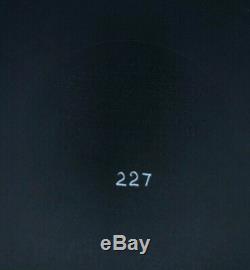 First and limited deluxe edition David Bowie'IS' autographed book, number 227, released in conjunction with his 2013 V&A exhibition in London as an almanac to his life, art and belongings that were shown. This original orange case edition was limited to 500 hand numbered copies, signed individually by David Bowie.

As a serious Bowie fan, it is too precious for me to ever thumb through. So I got the less valued black second edition. Released later as it was more mass produced. A little description that you probably already know about. The'David Bowie is' Collectors Special Edition is a unique memento of the V&As retrospective of the extraordinary career of David Bowie, one of the most pioneering and influential performers of modern times.

Produced with unprecedented access to the David Bowie Archive of performance costume, ephemera and original artwork by the artist this spectacular book presents a completely new perspective on Bowies creative work and collaborations. There are only 500 copies of the Collectors Special Edition. Each hand-finished book is numbered individually and is placed in a neon-orange acrylic slipcase with laser-cut detailing. Is the most complete volume that grants access to Bowies personal archive of performance costumes, ephemera, and original design artwork by the artist, bringing it together to present a completely new perspective on his creative work and collaborations. A four-page insert with a previously unseen drawing for the 1980 Floor Show and a reproduction of the original draft lyrics to Heroes is bound into each one.

Another captioned page features David Bowies hand-signed signature. The book traces his career from its beginnings in London, through the breakthroughs of Space Oddity and The Rise and Fall of Ziggy Stardust and the Spiders from Mars, and on to his enormous impact on 20th-century avant-garde music and art.

Essays by V&A curators on Bowies London, image, and influence on the fashion world are complemented by Howard Goodall on musicology; Camille Paglia on gender and decadence, and Jon Savage on Bowies relationship with William Burroughs and his fans. The more than 300 color illustrations include personal and performance photographs, album covers, costumes, original lyric sheets, and much more. The cloth-bound book also has three ribbon bookmark, foiled page edges and is printed on a heavy weight Italian-made paper. Each book is stamped on the endpapers and hand-numbered to guarantee authenticity. The Collectors Special Edition of David Bowie is has been produced by V&A Publishing in collaboration with Barnbrook, one of Britains leading graphic design studios.