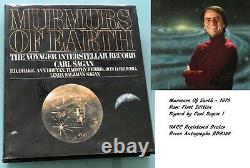 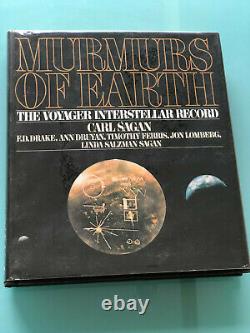 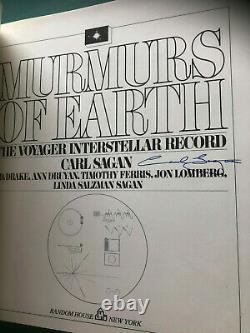 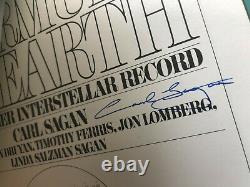 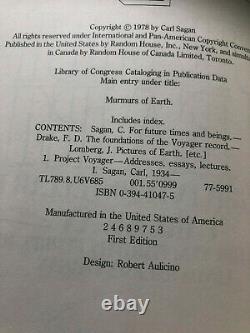 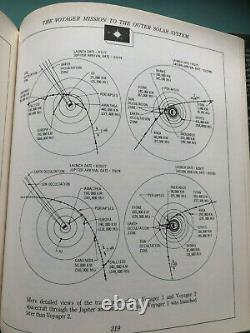 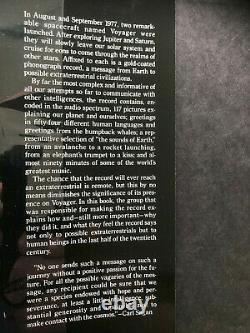 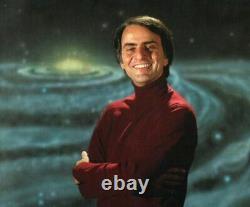 In 1977, two extraordinary spacecraft called Voyager were launched to the stars. Affixed to each Voyager craft was a gold-coated copper phonograph record as a message to possible extra-terrestrial civilizations that might encounter the spacecraft in some distant space and time. Each record contained 118 photographs of our planet; almost 90 minutes of the world's greatest music; an evolutionary audio essay on "The Sounds of Earth"; and greetings in almost sixty human languages (and one whale language). This book is an account, written by those chiefly responsible for the contents of the Voyager Record, of why they did it, how they selected the repertoire, and precisely what the record contains. One of four signed books we obtained via member of Planetary Society.

The seller is "jonflogit" and is located in Exeter. This item can be shipped worldwide.