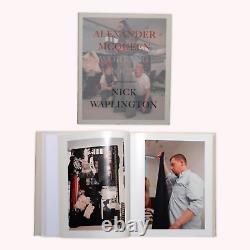 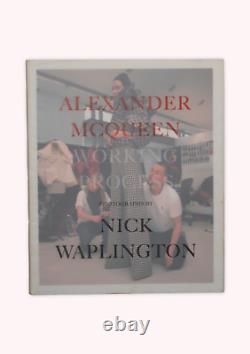 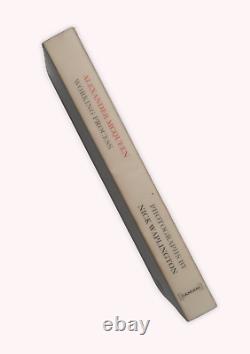 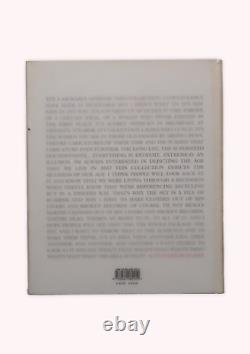 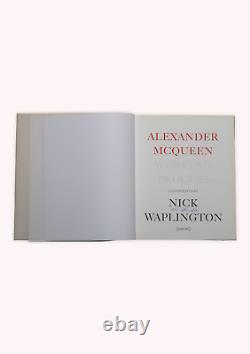 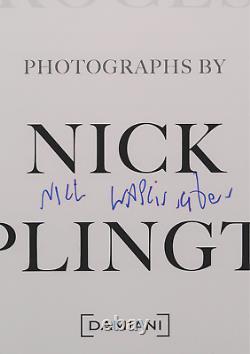 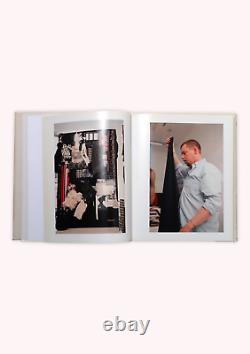 Signed by photographer, Nick Waplington. Published and printed in Italy. Rare and hard to find. In 2008 Alexander McQueen commissioned photographer Nick Waplington to document the creation of his Fall 2009 collection--all the way from inception to runway showing.

Unfortunately, it was to be the last Fall/Winter collection that McQueen would stage before his untimely death. This show, which he titled The Horn of Plenty, found McQueen revisiting his 15-year archive of work and recycling it into a new collection. In effect, it was his personal survey of his work to date. Waplington was given unprecedented access to McQueen and his staff, which included the current Creative Director of the brand, Sarah Burton.

Every step of the creative process is documented in fascinating detail and readers receive a rare insight into the inner workings of McQueen's creative process. Most notably, McQueen himself placed the book's layout, picture by picture, on storyboards. The book was ready for publication when McQueen died, then was put on hold--until now. This substantial overview, with more than 120 photographs, is published just as McQueen edited it, commemorating the most personal of his collections.

In 2011, following his death, the Costume Institute in New York organized an enormously successful retrospective of his work at the Metropolitan Museum of Art. Artist and photographer Nick Waplington (born 1970) has published several monographs including Living Room and The Wedding (Aperture), Safety in Numbers (Booth Clibborn) and Truth of Consequence (Phaidon). He lives in London and New York. Dustcover shows a little cosmetic wear.

Book and pages are in good order. A nice example of a rare collectors' item, that will only appreciate in value with time! This item is in the category "Books, Comics & Magazines\Books".stuff" and is located in this country: GB. This item can be shipped worldwide.