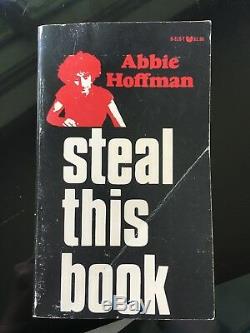 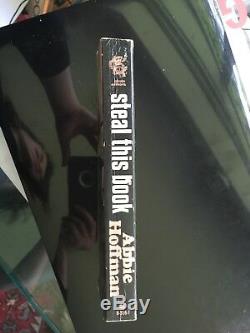 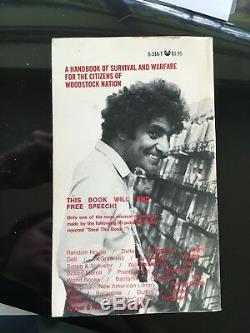 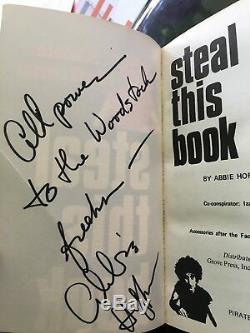 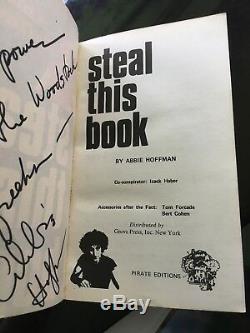 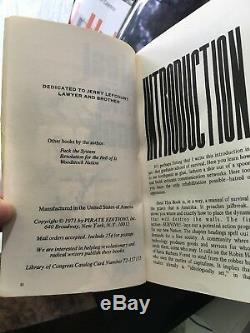 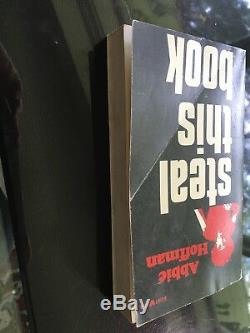 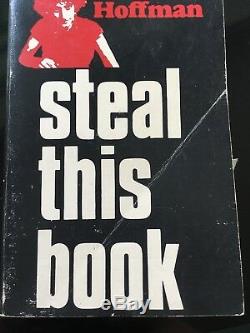 Light soiling and moderate rubbing and edgewear to covers and crease in front cover, lower right corner (see pictures). Slight soiling to fore page edges. Nicely signed by the author "All power to the Woodstock freeks Abbie Hoffman" on the blank verso of the front cover. Otherwise, a very good copy - clean, bright and unmarked. He was arrested and tried for conspiracy and inciting to riot as a result of his role in protests that led to violent confrontations with police during the 1968 Democratic National Convention, along with Jerry Rubin, David Dellinger, Tom Hayden, Rennie Davis, John Froines, Lee Weiner, and Bobby Seale.

The group was known collectively as the'Chicago Eight'; when Seale's prosecution was separated from the others, they became known as the Chicago Seven. While the defendants were initially convicted of intent to incite a riot, the verdicts were overturned on appeal.

Hoffman continued his activism into the 1970s, and remains an icon of the anti-war movement and the counterculture era. Written in 1970 and published in 1971, Steal This Book exemplified the counterculture of the sixties, mainly focused on ways to fight the government, and against corporations, in any way possible.

The book is written in the form of a guide to the youth. Hoffman used many of his own activities as the inspiration for some of his advice. Hoffman was eventually forced to make a publishing company of his own, Pirate Editions, in order to sell the book, with Grove Press as the distributor.

The book initially received no reviews and was not advertised in any of the major newspapers. Once it got into print, Steal This Book had widespread readership and became a bestseller mainly through word of mouth. News sources did not want to or were afraid to advertise the book, and many regional distributors and bookstores were unwilling to carry it, citing the book's subversive nature and the literal encouragement of theft the title provided. He would eventually write several other books, including Steal This Urine Test: Fighting Drug Hysteria in America, Revolution For the Hell of It, and The Autobiography of Abbie Hoffman. Abbie Hoffman's life drew a great deal of scrutiny from the Federal Bureau of Investigation; by its own admission, the FBI kept a file on him that was 13,262 pages long.

Hoffman was 52 at the time of his death on April 12, 1989, which was caused by swallowing 150 phenobarbital tablets and liquor. He had been diagnosed with bipolar disorder in 1980. At the time he had recently changed treatment medications and was reportedly depressed when his 83-year-old mother was diagnosed with cancer (she died in 1996 at the age of 90). The item "Abbie Hoffman Steal This Book Signed First Edition 1971" is in sale since Tuesday, August 8, 2017. This item is in the category "Books\Antiquarian & Collectible".